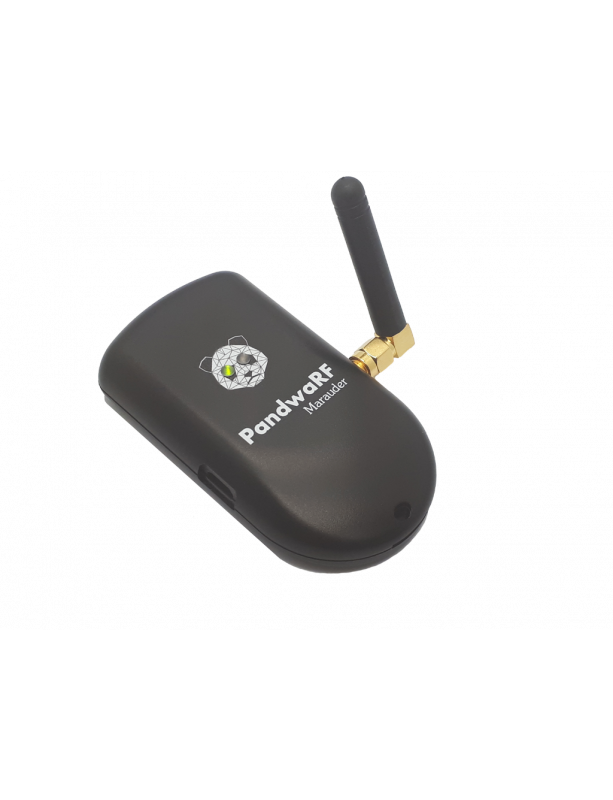 Marauder can be set to automatically listen to and record all RF data on pre-configured frequencies. The captured data is automatically demodulated and stored internally in the product's internal memory. RF data can be played back if necessary using a special application for Android.

Once Marauder is up and running, it is completely autonomous.

Not connected to a smartphone

Marauder does not require a smartphone to work. Once configured, it can be placed within range of the target device and record binary RF data. RF setup / capture / playback can be done using the built-in buttons or using the Android application (preferred method). The device can be set to automatically record all RF data on pre-configured frequencies. The data is stored internally and can be replayed if necessary. By using this option, the product becomes completely autonomous.

Captured data can be exported to a JSON file in the phone's internal storage.

Repetition from the same Marauder

When you download Marauder, it syncs with the app and the captured data is saved to your smartphone. If necessary, the data can be played back or exported for analysis.

Time stamps of each capture

Each data contains the date and time of capture. It allows the user to easily distinguish between captures of interest and images that are out of range.

The Marauder can be set to listen to and record data on one or two pre-configured frequencies, depending on the variant. RF capture time stamps

For each recorded RF capture, the Marauder standard also stores a time stamp that accurately identifies when the capture was performed (accuracy 1 s). During synchronization, the application displays the date and time of each RF capture, making it easy to track stored RF data.

Repeat the captured data on any PandwaRF Rogue device

Data can be transferred from Marauder to another version of PandwaRF Rogue (Pro or Gov), where it can be replayed. This allows for better teamwork, where one user records the data and sends it to other users to play the recordings.

Note: the non-contractual image. The number of antennas, their number and shape may vary depending on the supplier we currently use.