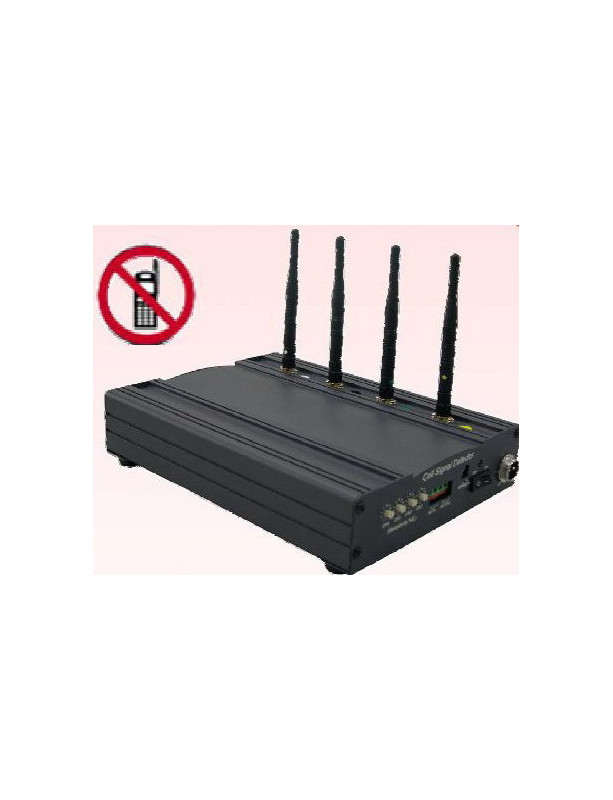 This is a professional product for self-detection of frequency in all three bands. In case of setting the signal detection in three bands at the same time, it is a prerequisite to enable the GSM band jam in your area. The output from the device is either relay, audio warning, light alert, logical output.

This is a professional product for self-detection of frequency in all three bands. In case of setting the signal detection in three bands at the same time, it is a prerequisite to enable the GSM band jam in your area. The output from the device is either relay, audio warning, light alert, logical output.

relay output NO / NC, its own recorded voice alert (optional)

Detection distance: up to 20 meters, external antenna 50m, but there is a risk of false alarms.

Detects gsm jam up to 20m away. It alerts the PSN to the proximity of the jam, and there is a good chance that this will allow the PSN to send a warning message/call to the owner/police before the signal "falls out".

Detects a GSM jam in its area. It does not power the PSN control room. It is designed primarily for police and security forces to detect bystanders (currently stolen) vehicles. It will also alert an upcoming attack on an important vehicle carrying, for example, a vehicle carrying a vehicle. money, when the attackers before the attack on the crew of the vehicle tend to block all communication lines through which the crew could call for help. a directional antenna can be connected to each detector to increase the detection distance and limit detection to a certain direction only.

HOW IT WORKS AND WHAT Causes the GSM JAMR DEVICE:

5 - 50 m, depending on the type, proximity of the excavator and the antenna used.

GSM Jamper: Blocks channels through which the GSM gateway communicates with the remote server in the alarm, calls the police or SMS's property owner.

When the jamcard is triggered near the property, the property's alarm will lose communication to the owner, to the agency and/or to the police, as it is set on the alarm control panel (PSN). In practice, this means that a thief robs a property and steals an alarm, for example, without anyone being aware of it. If you have a backup communication line, e.g. over the phone, whether the internet and the thief is so prudent that it cuts off, you have almost no chance of finding out that you are being robbed.

There are two ways of protecting against jams:

The pco connection has its specifics. You need to find a service where the property will still be connected. That's when the PCO checks to see if it has an alarm signal, this connection is encrypted and there's almost zero chance of being robbed without you knowing. The disadvantage of PCO is the price. You'll pay from 60 euros; up to €100 per month, which is €720 to €1200 per year, excluding VAT. Another drawback is the human factor. When police/SBS find out the object is disturbed, it sends an exit unit there, which can take between 2 and 20 minutes to get to the property.

Get our GSM Interference Detector.

So far, this detector is manufactured only by our company, is connected to any alarm like a normal other detector and can detect the jamcard on through the walls of the property at a distance of 10 to 50m (100m) (depending on the location also from the thieves used jamk).

HOW THE GPS DEVICE WORKS AND WHAT WORKS:

FUNCTION: I'm blocking gsp signals from satellites, making it impossible for the device in the car to locate.

Aftermath: GPS jammologist: The car is not being localized, but it still has a data and telephone contact. If the user has set the start notification of the vehicle, he/she will be aware that someone is starting the car. Thieves in a stolen car can be called or the car's engine can be blocked if the installed device in the car supports it. In addition, in cooperation with the police, you can search for the vehicle using the Triangulation gsm of the excavator.

GSM jam: The car is located but won't tell anyone about it as it has all communication channels blocked. If the thieves turn off the GSM jam for a while and the device in the car is still working (i.e. it is not already removed), it will transfer all the information about the route travelling and can be searched according to this information.

GPS/GSM jam - combined: The car is neither localized nor communicating and is impossible to find (if this jamcard is continuously switched on).

Gps jamminto is also used in attacks on Vip persons who use personal "GPS trackers" to protect them.

Park your car in a garage with a security system that also has a GSM jam detector installed.

Chance of catching a thief and especially your car: Small if it uses a combined interference system. It is also clear from the description when the car can be searched, depending on the type of jam. The main thing is as soon as you learn about the theft to alarm the police and the location service provider.